I was shocked and saddened to hear in the news recently that Prodigy passed away. I have read in the past that he suffered from sickle cell anemia all of his life. I can’t even begin to say how sad it was to hear about this. I also saw on social media that there was a picture with him hanging out with Ghostface Killah and others. What the caption said was that it was three days prior to his death and that he seemed healthy in that photo. All I can say is that nobody really knows when they will go. However, I will say that he will be missed.

Maybe in the near future I will critique Mobb Deep albums, along with Prodigy’s solo efforts. I can probably add in Havoc’s solo effort as well. Stay tuned for that. 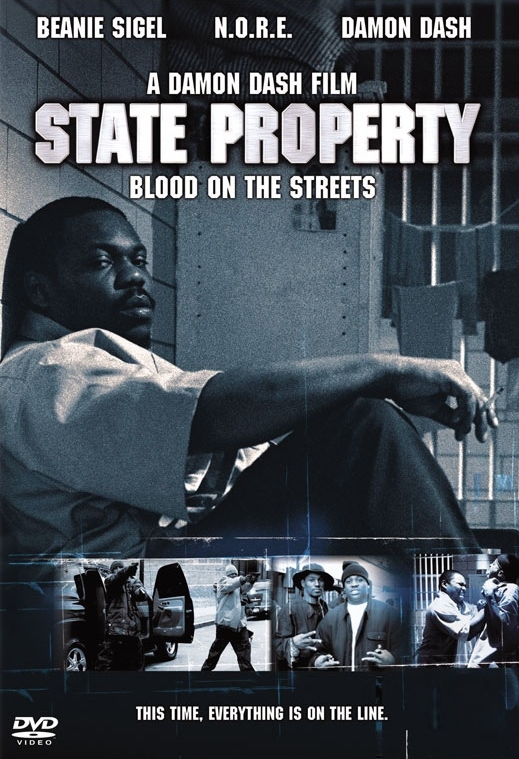 I never thought that I would say this, but this film is more watchable than its predecessor. There I said it. However, that still doesn’t mean that this film is without problems.

Okay, I think I am getting a little ahead of myself here. Let me start over.

If you read my review of the first film, you will see that I did not have a lot of nice things to say about that film. But because I had also planned on writing about the sequel, I told myself to suck it up and sit through it.

I had never seen any scenes from this movie prior to watching it, unlike the first film. All I can remember is seeing that the DVD artwork was the same as the cover artwork for Beanie Sigel’s “The B. Coming,” which was released around the same time as this film. I wouldn’t doubt if some of his songs from that album were even in this film.

Anyway, this film sort of picked up where the first film left off, although I will note that a lot of what was shown at the beginning didn’t make any sense because of how the first film ended. Of course, there had to be a way to explain how everything turned out in order to set up the story for this film. Basically after the prologue, it shows Beans in jail for all of what happened and he ends meeting a fellow criminal named El Pollo Loco, played by N.O.R.E., who is a gangster from Miami. The two eventually become business partners, until one screws the other and then all hell breaks loose. Not to mention that Dame gets involved in the mix, Beans’ rival in the first film.

This film is different from its predecessor in a lot of ways. One of the most noticeable differences is how this film is a lot more comical than the first one. The whole movie does not take itself seriously and a lot of scenes come off as humorous in some areas. Even with some of the predictability, the movie was still a little entertaining. But even though it was a little entertaining, that doesn’t mean that the film was good. However, a lot of the editing and camera work kind of helped with the comical nature that this film had.

One thing that I had noticed is that there were A LOT of cameos in this film. One of the parts that stood out to me was a montage of different Roc-A-Fella artists appearing, and they were addressed by their own stage names, as if they were playing themselves. But they were playing characters, that of drug dealers or gangsters who are running their own streets. Cam’ron even appeared twice as two different characters. It was also funny seeing Kanye West (This was earlier in his career, like in the days of “College Dropout” and “Late Registration”) playing a gangster. I have never seen him play a role like that ever. Even the late Ol’ Dirty Bastard, who was signed to Roc-A-Fella before his death, had a funny cameo as a fry cook. Even the Young Gunz (Man, just noting this REALLY DATES this movie; I wonder what happened to them) made appearances, except they actually had bigger roles than the other artists who made cameos.

I was a little surprised to see that I found myself enjoying a LOT more than its predecessor. I don’t think it’s a good film, but it felt more self-aware this time around than the first one did. The first one suffered from cheesy acting and writing, not to mention a lot of gratuitous stuff. This film still had some gratuitous stuff, but at least it had some entertainment value. It’s actually a movie that you can laugh with or at. Whatever works for you.